A hearing aid is a small electronic device that you wear in or behind your ear. It makes some sounds louder so that a person with hearing loss can listen, communicate, and participate normally in daily activities. A hearing aid can help people hear more in both quiet and noisy situations. However, only one out of five people, who would benefit from a hearing aid, actually use one.

A hearing aid has 4 basic parts: a microphone, computer processing chip, amplifier, and speaker. The hearing aid receives sound through a microphone, which converts the sound waves to electrical signals and sends them to an amplifier. The amplifier increases the power of the signals and then sends them to the ear through a speaker. Not all hearing aids process sound in the same way, each manufacturer has a slightly different algorithm for prescribing gain and compression. This algorithm is fundamental to ensuring maximum speech intelligibility and sound audibility, a hearing aid is much more than just an amplifier.

Hearing aids are primarily useful in improving the hearing, and speech comprehension for people who have hearing loss, as a result of damage to the small sensory cells in the inner ear, called hair cells.  A hearing aid magnifies sound vibrations entering the ear. Surviving hair cells detect the larger vibrations and convert them into neural signals that are passed along to the brain. The greater the damage to a person’s hair cells, the more severe the hearing loss and the greater the hearing aid amplification is needed to make up the difference. However, there are practical limitations to the amount of amplification a hearing aid can provide. In addition, if the inner ear is too damaged, even large vibrations will not be converted into neural signals. In this situation, a hearing aid would be ineffective.

There are several different styles of hearing aids. The styles differ by size, their placement on or inside the ear, and the degree to which they amplify sound. 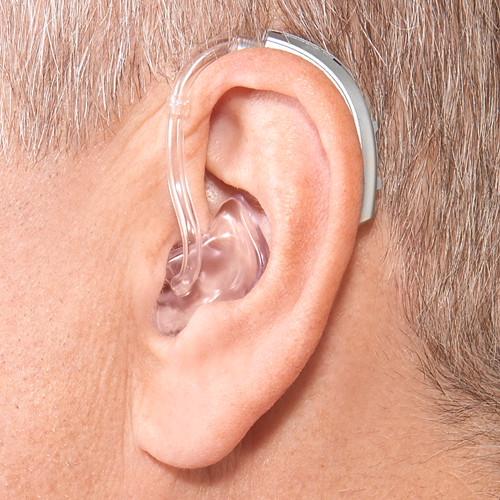 Consist of a hard, plastic case worn behind the ear and connected to a plastic earmold that fits inside the outer ear. The electronic parts are held in the case behind the ear. Sound travels from the hearing aid through the earmold and into the ear. BTE aids are used by people of all ages for mild to profound hearing loss.

BTE aids have two different types; closed fit (which use a fitted ear mould sits in the outer ear), and open fit, consisting of a narrow tube inserted into the ear canal, enabling the canal to remain open. For this reason, open-fit hearing aids may be a good choice for people who experience a build-up of earwax, since this type of aid is less likely to be damaged by such substances. In addition, some people may prefer the open-fit hearing aid because their perception of their voice does not sound ‘plugged up’. 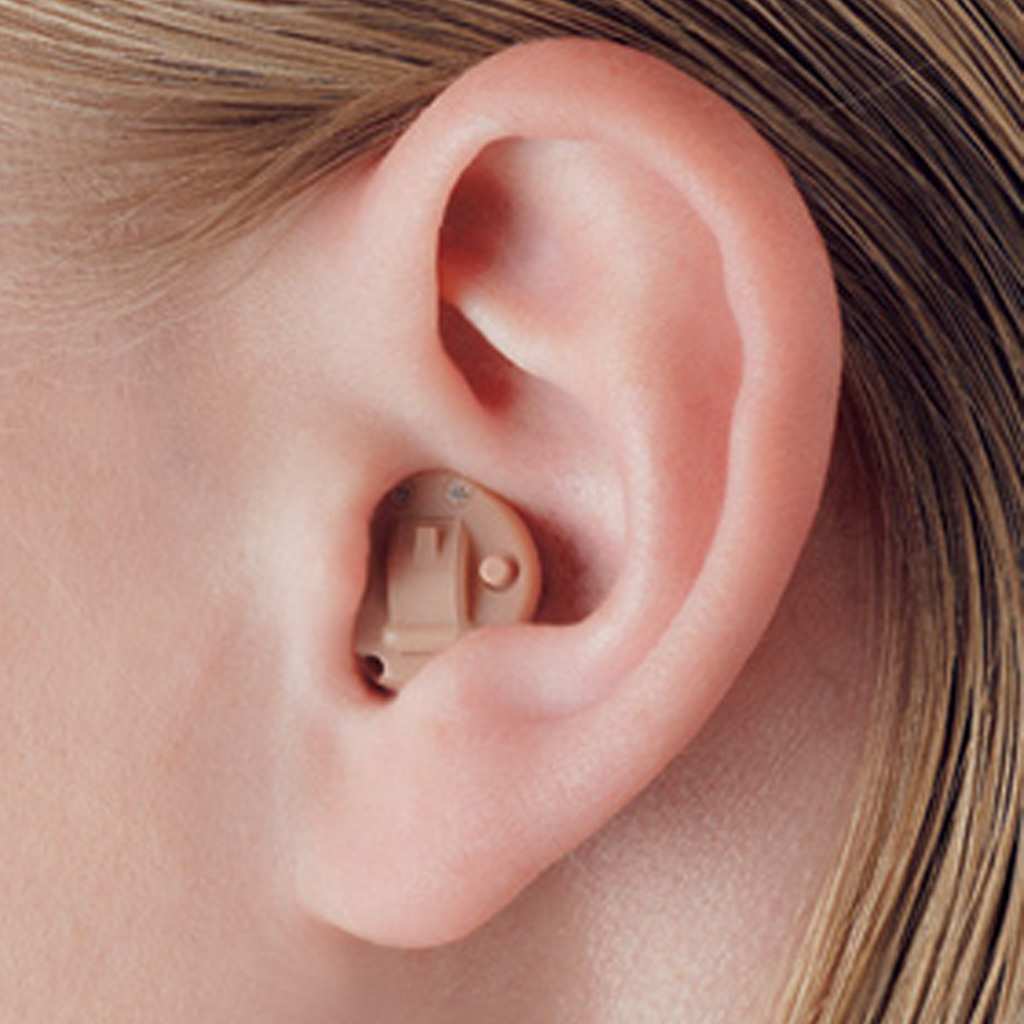 The Hearing Aid fits completely inside the outer ear and is used for mild to severe hearing loss. The case holding the electronic components is made of hard plastic. Some ITE aids may have certain added features installed, such as a Telecoil. A Telecoil is a small magnetic coil that allows users to receive sound through the circuitry of the hearing aid, rather than through its microphone. This makes it easier to hear conversations over the telephone. A Telecoil also helps people hear in public facilities that have installed special sound systems, called induction loop systems. Induction loop systems can be found in many churches, schools, airports, and auditoriums. ITE aids are not usually worn by young children as the casings need to be replaced often as the ear grows. Advancements in BTE aid design have led to the development of open-fit hearing aids. Small, open-fit hearing aids fit behind the ear completely, with only a narrow tube inserted into the ear canal, enabling the canal to remain open. For this reason, open-fit hearing aids may be a good choice for people who experience a build-up of earwax, since this type of aid is less likely to be damaged by such substances. In addition, some people may prefer the open-fit hearing aid because their perception of their voice does not sound ‘plugged up’. 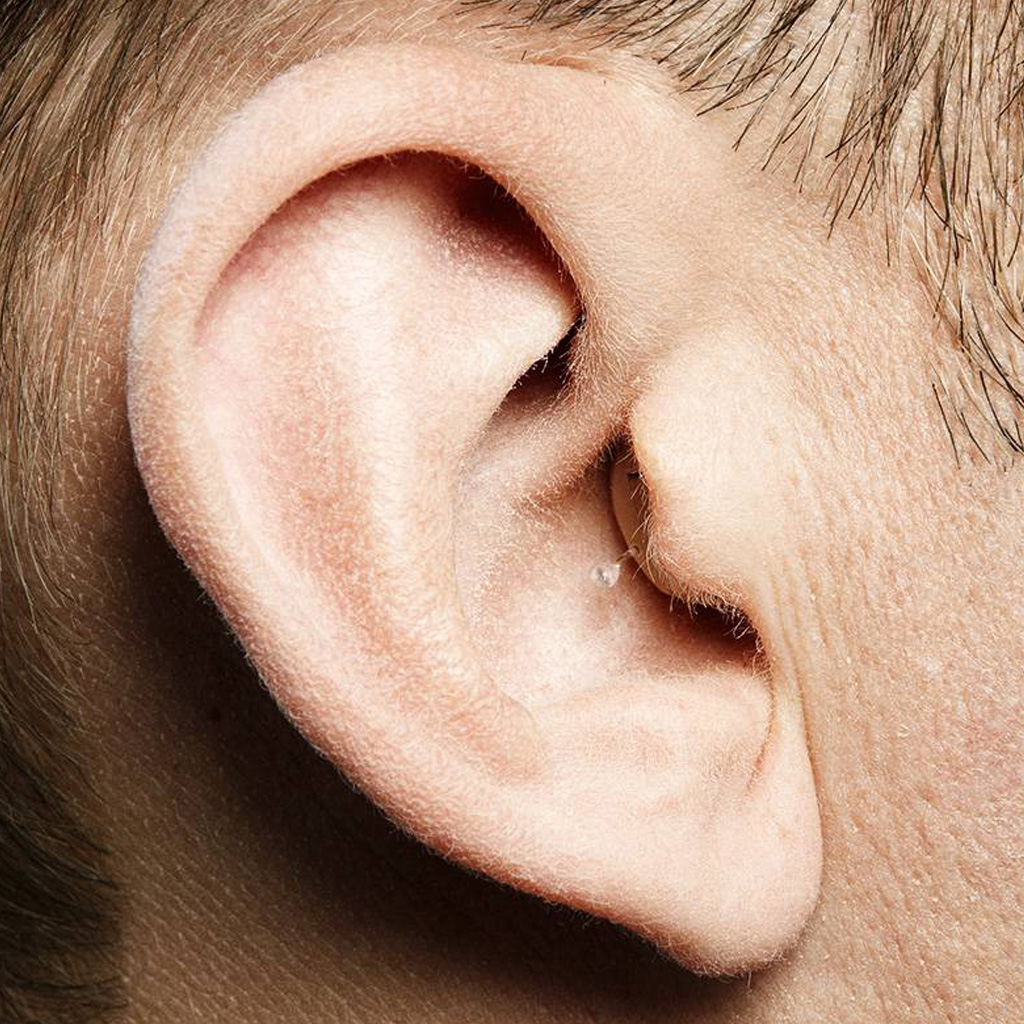 Fit into the ear canal and are available in two styles. The in-the-canal (ITC) hearing aid is made to fit the size and shape of a person’s ear canal. A completely-in-canal (CIC)hearing aid is nearly hidden in the ear canal. Both types are used for mild to moderately severe hearing loss.  Because they are small, canal aids may be difficult for a person to adjust and remove. In addition, canal aids have less space available for batteries and additional devices, such as a Telecoil. They are not usually recommended for young children or for people with severe to profound hearing loss because their reduced size limits their power and volume 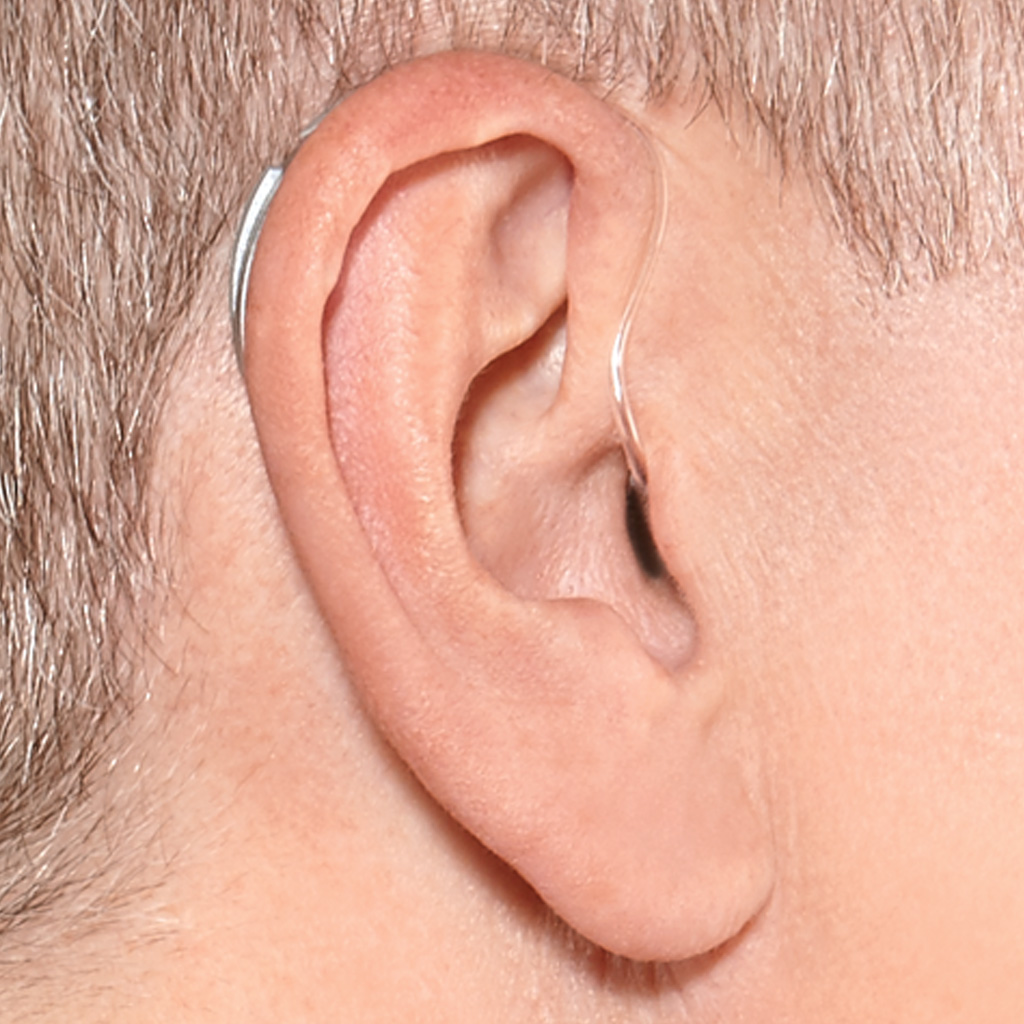 These hearing aids are also known as receiver-in-ear (RITE) aids.

They consist of a plastic case worn behind the ear that holds the microphone, amplifier and processor. They differ from the traditional behind-the-ear device in that both the receiver and speaker are housed in a little dome that sits within the ear, and the two are connected by a fine wire that’s very discrete.  (In behind-the-ear devices, the speaker is housed in the hard case behind the ear). RIC aids are particularly good at amplifying high pitched sounds (which are typically the sounds we struggle to hear when we start to lose our hearing). This makes them a good choice for people with mild to moderate loss. 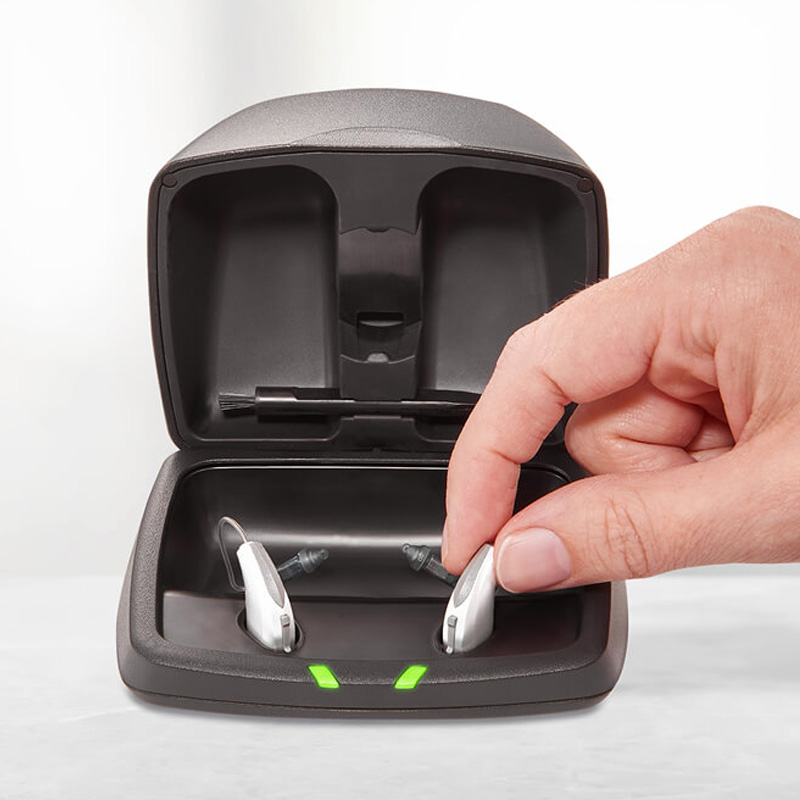 In the past, the only option you had for powering your hearing aid, were disposable batteries. Today, all of the major hearing aid manufacturers produce rechargeable hearing aids.

The rechargeable aids are fitted with an internal rechargeable lithium ion battery. You don’t need to remove the battery to recharge the aids; instead you simply sit the entire aid into a charging device, to recharge overnight. Many of them manufacturers also produce a case which can hold charge for three days at a time, so if you’re going away for the weekend, the portable case will hold enough recharging power for your trip.

Presently, the rechargeable technology is typically only available for receiver-in-canal hearing aids, but Starkey have now produced a lithium-ion rechargeable in-the-ear hearing aid. 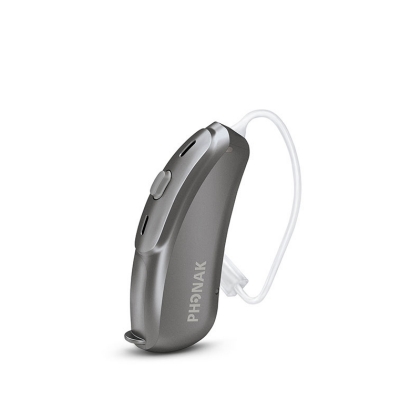 Complete or significant hearing loss in one ear is often referred to as Single Sided Deafness (SSD) or a Unilateral Hearing Loss. SSD is typically a permanent condition, that can arise due to a number of causes including measles, mumps, trauma, acoustic neuroma tumours and hereditary disorders. There are approximately 200 new cases of SSD reported per million inhabitants in the world, making it a rare condition.

Single Sided Deafness (SSD), or hearing loss in one ear affects sufferers in many different ways. Problems arise such as an inability to determine the direction of sound. This can make day to day tasks such as crossing the road both difficult and dangerous. However, the biggest obstacle for SSD sufferers is socialising in large groups or noisy environments. In these circumstances, many sufferers feel excluded because they miss out on group conversations, while others worry that they will appear ignorant or rude if they do not hear a question.

There is no cure for permanent Single Sided Deafness (SSD). However, there are several treatments available which can restore the sensation of hearing to the deaf side. The treatment is possible irrespective of the length of time a patient has suffered from SSD. It has proved extremely successful for some of our patients who have had total hearing loss in one ear. The two main treatment options available for hearing loss in one ear are – the BAHA (a bone anchored hearing aid device) and the CROS hearing aid (Contralateral Routing Of Signal).

Why would you choose a CROS or BiCROS system?

The CROS hearing aids are currently manufactured by Phonak, Starkey and Widex.